So, over on my gaming blog I’ve spoken about it being the Christmas in July sale over at DriveThru RPG, but obviously that’s less immediately relevant to my history blog …

Because actually over on sister site DriveThru Fiction there’s actually some good stuff on sale if you read ebooks — mainly in that fantastic-history genre that I’ve written about before. Here are a few of the standouts: 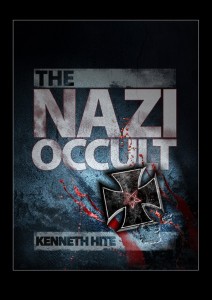 I wrote an earlier review (several actually) of Ken Hite’s The Nazi Occult, a wonderful fake-history book, written as an Osprey history of Nazi occult research. It’s on sale now for about £5!

Other related Osprey titles are on sale, including Graeme Davis‘s book on the Knights Templar, an interesting-looking one on the legends of Charlemagne and his Paladins, and a Steampunk Soldiers art book that I looked at longingly at Salute 2015.

I have previously reviewed The Flying Serpent: Or, Strange News Out of Essex. It is good fun and very cheap!

And of course my very own The Barest Branch is still on sale for criminally little.