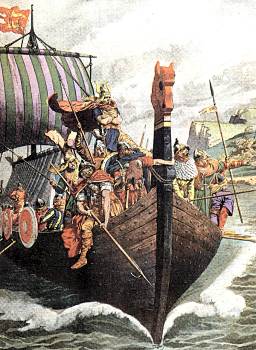 Tomorrow I am off to the Vikings exhibit at the British Museum. Well, I am seeing it on Saturday but I am going tomorrow.

I will post about it in more detail, but tonight I am struck by something.  I have been a fan of the Vikings for about 15 years now, ever since reading the Poetic Edda in high school. I do think of myself as a fan rather than an expert – I did them at university and I have studied the viking period in England but I am far from an expert.  And I think that a lot of research and writing is actually driven by fandom,  at least partly.

I think this is particularly evident when it comes to “In Search of the Historical X” stories. It may be that there was some 5th – century Romano – British leader whose name sounded a bit like Arthur. But if there was I am not sure what difference it would make.

I think that people care about post-Roman Arthur because of the medieval Arthur stories.  And yet even though the historical Arthur, if such a thing there be, wouldn’t have Lancelot or Camelot or Excalibur, he still takes some of his lustre from the romances. Or, to be mean, almost no one would care about history – Arthur without literature – Arthur.

Which is to say that although I have the training and have been something like a proper archaeologist at times I may be spending the weekend in the mental company of saga – vikings rather than history – vikings.

In Search of the Historical Whatsisname